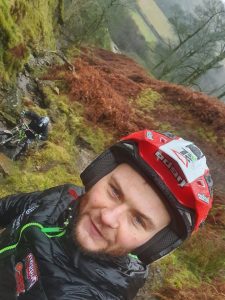 It has been 3 months since I have sat on a race bike, but that doesn’t mean I haven’t been doing anything over the winter break that’s for sure!

Back at the end of November I went on my Dads stag party, which was spent up at Inch Perfect Trials. We spent the full day out in the fields with an instructor, which really is an enjoyable day out. I have done little trial riding on and off over the years, so the week after this experience day i went and bought myself a 2018 Beta EVO 250 to get into it properly. Although I try and do a lot of training in the gym for race preparation, you can not beat bike time. So every weekend now I try to get a day out on the trials bike at local farms which is paying off, not just in fitness but confidence on a bike. I even entered my first trial back in January, which was fun but a tough debut on the trial scene. A 7.5 mile loop, 12 sections and 3 laps made for a busy day riding. Not the best results I will say, but a good experience for what to expect for the next one, and again, great bike time. 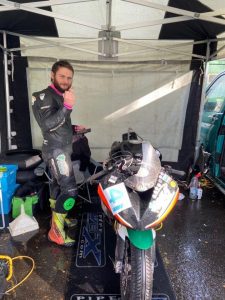 Preparation for the 2020 race season from a bike point of view is going to plan. Unfortunately at the final round of the season at Oulton Park I had a low speed crash on the Duggan/Rea Racing Kawasaki ZX6r. A bit more damage was done than first thought, but after sourcing new parts and spending the time on a rebuild, the bike is almost back up and running. First run out on the 600 this year will be in the next couple of weeks in Spain. Cartegena is a circuit I first visited last winter before the season kicked off, so I am now looking forwards to getting back on a bike at speed, along with a circuit I know.

We do have plans with other bikes, but these need finalizing, which shouldn’t be far off. These two, possibly three bikes should see some exciting racing and results throughout the season. A full list of events we plan on tackling can be found on our race calendar. Once these last few plans are in place, we will have a full update!

We still have sponsorship opportunities available for the upcoming season.If you would like to get involved and help a privateer ran team then please get in touch. Any help, little or large makes a massive difference to the running of our team.